MINISTERIAL MEETING OF THE OCEANS MEETING 2018

We, the Ministers responsible for Ocean, Shipping, Ports and Maritime Affairs and observers having met in Lisbon, on September the 21st, 2018, by invitation of the Portuguese Government through the Minister of the Sea of the Portuguese Republic, Mrs. Ana Paula Vitorino, in the framework of the Oceans Meeting 2018;

Recalling the declarations of the ministerial meetings of Oceans Meeting 2016 and 2017, held in Lisbon, in June 2016 and September 2017, promoting Human Health, Ocean Literacy & Culture, Ocean Science & Innovation and Blue Economy;

Reaffirming that the United Nations Convention on the Law of the Sea is of strategic importance as the basis for national, regional and global action and cooperation in the ocean and maritime sector;

Acknowledging that the ocean covers 71% of Earth’s surface, that it contains more than 90% of the planet’s biodiversity, that over 80% of the world’s trade is made by sea and that the ocean is a  fundamental regulator of the global climate;

Recognizing that the effects of the cumulative pressures that the ocean is experiencing, such as biodiversity loss, pollution, climate change and acidification, and other emerging challenges such as marine litter, or underwater noise, threaten the resilience of the oceans as well as the ecosystem services that marine ecosystems provide to human beings, and thus in the end, compromise the potential for a Sustainable Blue Economy, as one of the various approaches to sustainable development;

Reaffirming that Sustainable Blue Economy has the potential to shape the way of doing business with zero pollution caused by waste and low emissions, providing a sustainable and competitive business framework – based on innovations that can help us attain economic, social and environmental benefits;

Welcoming, in this regard, the Call for Action of the United Nations Ocean Conference, held in New York, from 5 to 9 June 2017, to support the Implementation of SDG 14 and the commitment made by the Portuguese Republic to co-host, with the Republic of Kenya, the next UN Ocean Conference, to take place in Portugal,  in 2020;

Recalling the purpose of the UN Decade of Ocean Science for Sustainable Development (2021-2030) to ensure ocean science can support countries in creating improved conditions for sustainable development of the Ocean;

Recalling the adoption and early entry into force of the Paris Agreement negotiated under the United Nations Framework Convention on Climate Change (UNFCCC), while recognizing the importance of building awareness and knowledge on the adverse impacts of climate change on the Ocean, particularly in the marine environment, marine biodiversity and sea level rise;

Noting, in this regard, that the ocean has now absorbed about a third of anthropogenic CO2 emitted into the atmosphere since the beginning of the Industrial Revolution, and that the continual absorption of CO2 increases acidity levels, combined with the warming of the oceans, will greatly impact the capacity of our seas to sustain the level and quality of ecosystem services it provides;

Welcoming the adoption of United Nations General Assembly resolution 72/249,  of 24 December 2017  convening an intergovernmental conference to elaborate the text of  an International legally binding instrument under the UNCLOS on the conservation and sustainable use of marine biological diversity of areas beyond national jurisdiction with a view to developing the instrument as soon as possible;

Acknowledging the vital role of the International Maritime Organization (IMO) as the global standard setting authority of international shipping and the promotion of “safe, secure, environmentally sound, efficient and sustainable shipping through cooperation”;

Also recalling the entry into force of the International Convention for the Control and Management of Ships’ Ballast Water and Sediments 2004, on the 8th September 2017 as well as IMO’s continuous efforts to address marine environment issues through the implementation of its relevant multi-lateral environmental instruments;

Stressing the need to make the best use of the potential of the Sustainable Blue Economy to promote economic growth, job creation and investments, whilst safeguarding a healthy ocean;

Recognizing the need to invest in human capital, improve education, training and scientific capacity and skills development in order to promote the creation of sustainable jobs;

Acknowledging that, in all levels of development, science, technology and innovation will play a crucial role both in addressing many of the ocean-related environmental challenges and in the development of ocean-based activities for a sustainable long-term development;

Having decided on the importance of promoting regional and international cooperation, in order to mobilize strong and more ambitious governance in ocean affairs by Governments, civil society, industry, universities, research centres and NGO’s and all other relevant stakeholders, agree to strengthen ocean governance in particular, regarding the following areas:

Affirming that we share the political responsibility for the promotion of the Blue Circular Economy in its multiple dimensions, namely:

Affirming that Ports should go beyond their traditional core activities and should take the lead in being in the frontline for the development of a Sustainable Blue Economy;

ROUTING THE FUTURE
The international community has recently reaffirmed the importance of the global blue economy, which covers all activities making use of ocean’s resources – from fisheries, to circular economy, to transport, to renewable energy and to biotechnology – as it is expected to grow at twice the rate of the mainstream economy by 2030.

The ocean is a common opportunity for our future. Hence, the Blue Economy importance is in line with the UN Ocean Conference, to be held in 2020 by the Portuguese Government. The “Oceans Meeting 2018” is a Ministerial Meeting under the core theme:“Blue Circular Economy, Science, Green Shipping and Port Tech Clusters”

The International Meeting of Ministers of the Sea is the primary focus of this event and aims to discuss common international policies for the Ocean.

Opening Cerimony of the Oceans Meeting 2018

Closing of the Plenary Session

Area of debate: The circular economy approach has the potential for being an effective solution for generating sustained blue growth and jobs and achieving the UN SDG 14 goal. How can we build profitable businesses focused on preventing and ending with marine litter and plastic in the ocean? What kind of business models can thrive on the valuation of blue waste and by-products? What untapped opportunities are there for the fishing industry in adopting the circular economy approach?

* Please note that the panels 1 and 2 happen at the same time as panels 3 and 4 in different venues, but there will be shuttles for all attendees between venues.

Area of debate: The Ocean is still an area where humans have still much to explore, know and learn. Indeed, by comparison, humankind has more knowledge about the workings of the deep space than the ones from the deep sea. More and high-quality science is a key factor for launching a long-lasting and profitable blue economy. What kind of policies and international cooperation frameworks must be put in place for making this goal a reality?

Area of debate: If no measures are taken, according to the IMO, the shipping CO2 emissions will rise 250% until 2030. What kind of technologies and innovation can be implemented for achieving a sustainable maritime transport? What policies must be implemented for decreasing the negative impact of shipping on the ocean’s health? What new opportunities arise for the shipbuilding industry by «greening the blue»?

Area of debate: Port Tech Clusters are acceleration platforms located on the ports for developing innovative sustainable blue businesses. What kind of policies, incentives and financial solutions have to be implemented to create these spaces, located in ports, were companies and centres of applied research come together, have easy access to the sea, shortening the innovation cycles, thus bringing to the market faster and cheaper new blue sustainable products and services?

* Please note that the panels 1 and 2 happen at the same time as panels 3 and 4 in different venues, but there will be shuttles for all attendees between venues.

Closing of the International Conference

WELCOME VIP RECEPTION by the Minister of the Sea, Ana Paula Vitorino (by invitation only)

OFFICIAL PRESENTATION OF “MAGELLAN’S ROUTE. FIRST VOYAGE AROUND THE WORLD”- 500TH YEAR ANNIVERSARY OF CIRCUMNAVIGATION OF THE WORLD

“In the Orbit of Magellan – Five Centuries Sailing Across the Frontiers of Knowledge” by Key NOTE SPEAKER – Laurence Bergreen, American historian and biographer, Author of Ferdinand Magellan Biography “Over the Edge of the World”

Ending Session: Reading and Endorsement of the Oceans Meeting 2018 Declaration

Closing of the Ministerial Meeting

Bilateral Meetings with the Minister of the Sea, Ana Paula Vitorino (if previously requested)

Goal
The purpose of this International Conference is to share ideas with international experts about “Blue Circular Economy, Science, Green Shipping and Port Tech Clusters”, with themes framed in a Plenary Session and 4 panels:

Having decided on the importance of promoting regional and international cooperation in order to mobilize strong and more ambitious action in ocean affairs by Governments, civil society, industry, universities, research centres and NGO’s and all other relevant stakeholders, Portugal is organising the fourth edition of this International Ministerial Meeting.

Working languages will be Portuguese, English and French.
Ministers will be able to deliver their speeches in one of these languages.

At the end of the Meeting a common Declaration will be approved.
Participants will be Head of Delegation +1.

Ocean Business initiative will be constituted by the following activities/areas: 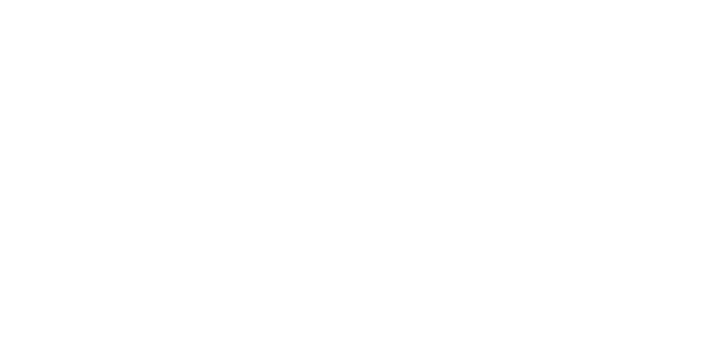 What was the Ocean Business

With an international focus, Ocean Business had as main objective to foster partnerships, networking and debate on sustainable business solutions in all relevant areas of the Sea Economy and Blue Growth, with three components: an exhibition area, a pitch area and bilateral business meetings.

During the three days of the event, 71 exhibitors were present at the Gare Marítima de Alcântara, more than 40 pitches were held, more than a hundred business meetings and more than 400 visitors per day.

The Ocean Business 2018 is an event organized by the Ministry of the Sea and DGRM, in collaboration with the Forum Oceano “

Ocean Business by the numbers 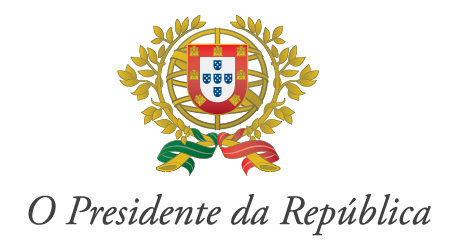 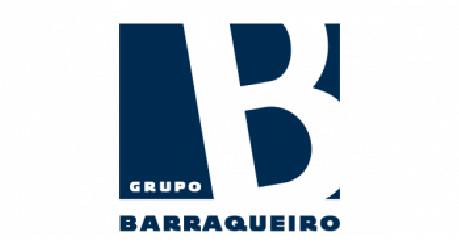 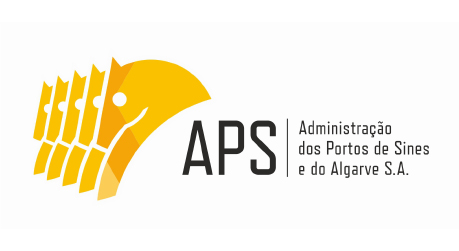 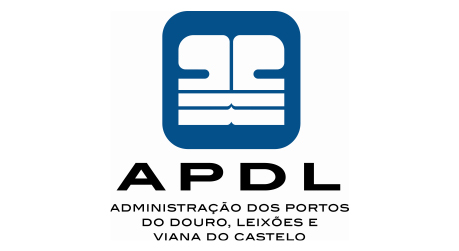 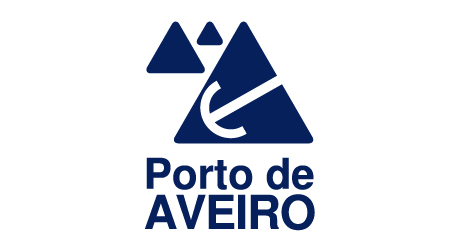 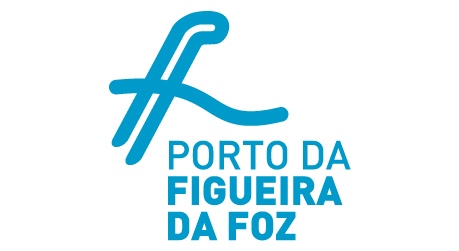 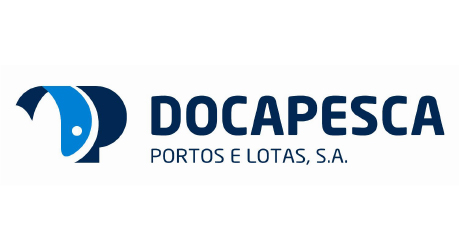 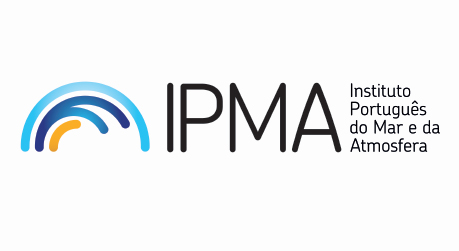 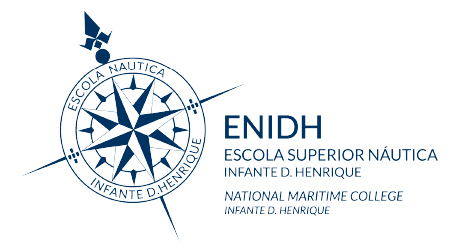 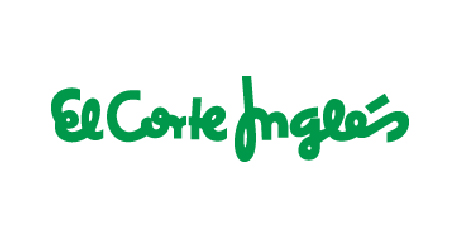